Yes, Foreclosure are a great opportunity to possibly get a deal on a home.  However, the potential financial rewards don't come without a lot of hard work. Potential buyers absorb all the risk while the bank/court focuses on recouping cost and minimizing losses.
Foreclosures can be great investments as fixer-uppers, either to live in or renovate and flip, but they often come with a lot of hidden challenges. Many have been poorly maintained with little or no general upkeep completed. Some may have structural issues such as but not limited to water or mold damage, developments in violation of building codes or missing permits which raises further concerns about safety and workmanship. Properties have been quickly repaired/cleaned by the bank but more often, they may be filthy and filled with garbage or personal items left behind by previous owners; some homes may have bugs or other pest infestation.  Vandalism is a major issue with thieves or the prior owners sometimes taking fixtures, appliances, windows, or anything else they can resell.  The unknown will always be your biggest concern here as the home could have been a crime scene or drug house where you may see a lot of unwanted visitors resulting from the homes past history.  There may be problems with lenders who don't want to fund the purchase of foreclosed homes; purchasing with all cash may be a buyer's only option.

Problems with the Property

The most important thing to understand before jumping into the foreclosure market is that these properties were given up by owners who couldn't afford their mortgage payments. In most cases, the homes are poorly maintained— if the owner can't make the payments, they are likely falling behind on paying for regular upkeep as well.
Also, some people who are forced into foreclosure are embittered by their situation and take out their frustrations on their home before the bank repossesses. This often involves removing appliances and fixtures, and sometimes even outright vandalism. After the occupants leave, foreclosures sit abandoned, often inviting criminal activity.

Maintenance and condition can be a problem in foreclosed properties because of the circumstances under which the previous owner moved out and the amount of time the house may have been unoccupied. Some of the main concerns include:
Lack of cleanliness
Bank-owned properties are sometimes disgustingly dirty because of time spent sitting empty, intentional neglect by the previous owner, or occupancy by vagrants. When a home is locked up with no air circulating for months, built-up dirt can cause the entire home to smell.

The previous owner may have made changes to the home without obtaining the proper permits. A common example is converting the garage into a living space so more people can live in the home. These changes may be undesirable to new owners or create headaches for them with city government officials.
If the previous owner started to improve the home but then fell on hard times, there may be partially finished work in the house. The bathrooms may be redone while the kitchen has not been updated in 40 years, or there may be new floors in the living room while the bedrooms still sport ancient carpeting. Additionally, if any repairs were made, they may have been done by the owners themselves or by unlicensed professionals—in other words, people who may not necessarily have done the work correctly.

With no one living in the home, the electricity may be off unless the bank has intentionally kept it on. With no light, it can be hard to see what you are buying in some rooms, particularly basements and windowless bathrooms.

If the previous owner couldn't afford the mortgage payments, you can bet he also could not afford to repair leaks, termite damage, a broken garbage disposal, or anything else.

Depending on the climate where the home is located, the lawn and landscaping may be totally dead or extremely overgrown. Banks usually do not pay for gardeners to maintain the yard of a foreclosed home.

Sometimes foreclosed homeowners are locked out of the property before they can move their belongings and, in some cases, they do not take everything with them. Many properties contain furniture, trash, clothes, and other items that you will be responsible for disposing of when you become the property owner.

Damage is not uncommon in foreclosure properties, and it may be caused by vandals or the former owner.

Sometimes when a property sits vacant, especially if it is in a moderate-to-high crime area, new owners will have to contend with graffiti, broken windows, and other damage.

Broken windows can be common for several reasons. As mentioned previously, vandalism could be a cause. Also, when banks lock out owners while taking possession of the property, the former owner may break a window or door to retrieve belongings. Previous owners may also purposely inflict damage at the bank's expense by putting holes in walls and/or tearing off baseboards and crown molding.

To inflict revenge against the bank and to make an extra buck, the previous homeowner might remove items of value, including appliances, fixtures, doors, copper pipes, and more. Anything the homeowner does not take might be taken by thieves. Either way, many bank-owned properties are missing things that generally come with seller-owned properties.

Problems with the Purchase

Despite all of these potential problems, foreclosures can still be a good deal. If you are willing to fix problems that most people don't want to deal with, you can purchase a home at a significant discount. However, you may encounter additional issues when it comes to actually purchasing the property and improving it to move-in condition.

Buying a home from a lender has its issues as a result of the increased level of bureaucracy and the limited transparency afforded to those who buy foreclosures.

Lenders will not give a homebuyer money for a dwelling they consider uninhabitable or that appraises below the purchase price. If you are an investor paying cash, of course, this will not be a problem.
Common sense says that banks should want to unload foreclosures as quickly as possible, but, in reality, banks sometimes drag their heels in considering offers or open the bidding process so that all parties know what the highest bid may be in hopes the highest price can be obtained. Furthermore, delays in communicating the offer may result in more offers to come in on the home putting the buyer in a high stress chess game of countermoves to see who will be ahead.

Since no one from the bank has ever lived in the house, they are unlikely to have any knowledge of existing problems with the property. You will have to uncover everything yourself, either during the home inspection, by asking neighbours, or through experience after you become the homeowner.
Competition
Because foreclosures can be great deals, they are attractive to investors looking to flip properties or use them as rentals. Since investors can make all-cash offers with fewer or no contingencies and fast closings, their offers may be more attractive to the bank than those from would-be owner-occupants.

There is money to be made in foreclosures, but you should know the challenge you are undertaking ahead of time and choose your property carefully. Don't overlook the fundamentals that make a property desirable just because the purchase price is a bargain. You should also extensively research financing options for foreclosed homes. 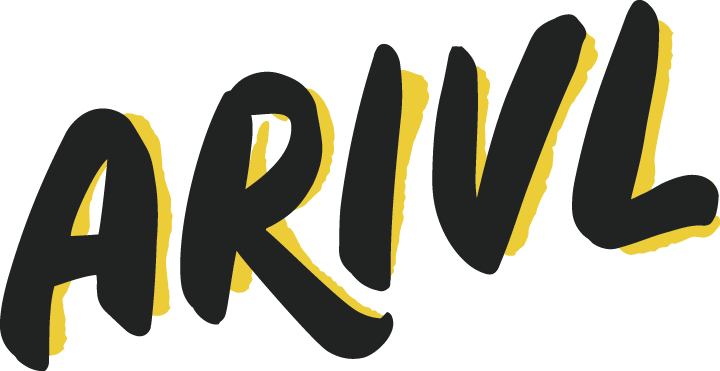 <!-- Important!!! In order to allow your videoask to open up on the same page when interacting with the widget, your website must use the secure https:// protocol (i.e have an SSL certificate). Otherwise, when clicking the widget, a new tab will be automatically opened in the browser. ->